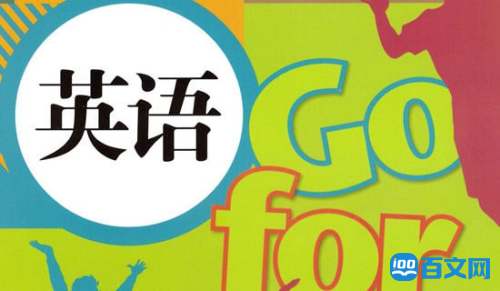 We observe today not a victory of party, but a celebration of freedom -- symbolizing an end, as well as a beginning -- signifying renewal, as well as change. For I have sworn before you and Almighty God the same solemn oath our forebears prescribed nearly a century and three-quarters ago.

The world is very different now. For man holds in his mortal hands the power to abolish all forms of human poverty and all forms of human life. And yet the same revolutionary beliefs for which our forebears fought are still at issue around the globe -- the belief that the rights of man come not from the generosity of the state, but from the hand of God.

We dare not forget today that we are the heirs of that first revolution. Let the word go forth from this time and place, to friend and foe alike, that the torch has been passed to a new generation of Americans -- born in this century, tempered by war, disciplined by a hard and bitter peace, proud of our ancient heritage, and unwilling to witness or permit the slow undoing of those human rights to which this nation has always been committed, and to which we are committed today at home and around the world.

Let every nation know, whether it wishes us well or ill, that we shall pay any price, bear any burden, meet any hardship, support any friend, oppose any foe, to assure the survival and the success of liberty. This much we pledge -- and more.

To those old allies whose cultural and spiritual origins we share, we pledge the loyalty of faithful friends. United there is little we cannot do in a host of cooperative ventures. Divided there is little we can do -- for we dare not meet a powerful challenge at odds and split asunder. To those new states whom we welcome to the ranks of the free, we pledge our word that one form of colonial control shall not have passed away merely to be replaced by a far more iron tyranny. We shall not always expect to find them supporting our view. But we shall always hope to find them strongly supporting their own freedom -- and to remember that, in the past, those who foolishly sought power by riding the back of the tiger ended up inside.

As Americans gather to celebrate this week, we show our gratitude for the many blessings in our lives. We are grateful for our friends and families who fill our lives with purpose and love. We're grateful for our beautiful country, and for the prosperity we enjoy. We're grateful for the chance to live, work and worship in freedom. And in this Thanksgiving week, we offer thanks and praise to the provider of all these gifts, Almighty God.

We also recognize our duty to share our blessings with the least among us. Throughout the holiday season, schools, churches, synagogues and other generous organizations gather food and clothing for their neighbors in need. Many young people give part of their holiday to volunteer at homeless shelters or food pantries. On Thanksgiving, and on every day of the year, America is a more hopeful nation because of the volunteers who serve the weak and the vulnerable.

The Thanksgiving tradition of compassion and humility dates back to the earliest days of our society. And through the years, our deepest gratitude has often been inspired by the most difficult times. Almost four centuries ago, the pilgrims set aside time to thank God after suffering through a bitter winter. George Washington held Thanksgiving during a trying stay at Valley Forge. And President Lincoln revived the Thanksgiving tradition in the midst of a civil war.

The past year has brought many challenges to our nation, and Americans have met every one with energy, optimism and faith. After lifting our economy from a recession, manufacturers and entrepreneurs are creating jobs again. Volunteers from across the country came together to help hurricane victims rebuild. And when the children of Beslan, Russia suffered a brutal terrorist attack, the world saw America's generous heart in an outpouring of compassion and relief.

The greatest challenges of our time have come to the men and women who protect our nation. We're fortunate to have dedicated firefighters and police officers to keep our streets safe. We're grateful for the homeland security and intelligence personnel who spend long hours on faithful watch. And we give thanks to the men and women of our military who are serving with courage and skill, and making our entire nation proud.

Five score years ago, a great American, in whose symbolic shadow we stand signed the Emancipation Proclamation. This momentous decree came as a great beacon light of hope to millions of Negro slaves who had been seared in the flames of withering injustice. It came as a joyous daybreak to end the long night of captivity.

In a sense we have come to our nation's capital to cash a check. When the architects of our republic wrote the magnificent words of the Constitution and the declaration of Independence, they were signing a promissory note to which every American was to fall heir. This note was a promise that all men would be guaranteed the inalienable rights of life, liberty, and the pursuit of happiness.

It is obvious today that America has defaulted on this promissory note insofar as her citizens of color are concerned. Instead of honoring this sacred obligation, America has given the Negro people a bad check which has come back marked "insufficient funds." But we refuse to believe that the bank of justice is bankrupt. We refuse to believe that there are insufficient funds in the great vaults of opportunity of this nation.

So we have come to cash this check -- a check that will give us upon demand the riches of freedom and the security of justice.

We have also come to this hallowed spot to remind America of the fierce urgency of now. This is no time to engage in the luxury of cooling off or to take the tranquilizing drug of gradualism. Now is the time to rise from the dark and desolate valley of segregation to the sunlit path of racial justice. Now is the time to open the doors of opportunity to all of God's children. Now is the time to lift our nation from the quicksands of racial injustice to the solid rock of brotherhood.

It would be fatal for the nation to overlook the urgency of the moment and to underestimate the determination of the Negro. This sweltering summer of the Negro's legitimate discontent will not pauntil there is an invigorating autumn of freedom and equality. Nineteen sixty-three is not an end, but a beginning.