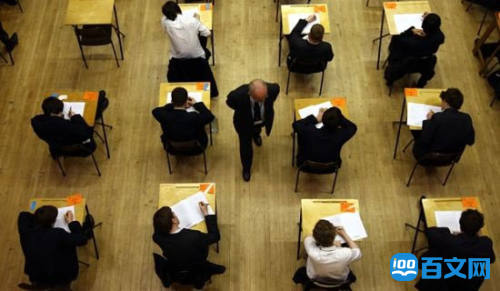 Most of the country’s political leaders agree that the debt ceiling must be raised and that this protracted debate is not good for economic confidence. But after long hours of meetings and with various competing solutions on the table, a deal is still not in sight. Barack Obama said he wanted to see the logjam broken in the next couple of days and urged members of Congress to think in ambitious terms.

The European Banking Authority says eight European banks are not strong enough to withstand further financial shocks. A total of 90 banks were tested. Five banks in Spain, two in Greece and one in Austria did not pass the test. The President of the European Union, Herman van Rompuy, has called an emergency meeting next week of the 17 leaders of eurozone countries to discuss the financial situation of the eurozone as a whole and additional aid for Greece.

The lower house of the Italian parliament has approved a tough austerity package, which was passed on Thursday by the Senate. The package includes tax measures and cuts of $68bn over three years. It’s designed to end speculation on the markets about the Italian economy.

President Obama has said time is running out for a political deal to raise America’s debt limit and stabilise the economy by cutting spending. American officials and economists are warning of national and global consequences if the US starts to default on its obligations. From Washington, Paul Adams reports.

The media tycoon Rupert Murdoch has told a British parliamentary committee that he was not responsible for the phone-hacking scandal at one of his newspapers, the now defunct News of the World. He said he may have lost sight of what was happening there but the paper had represented less than 1% of his worldwide business. Mr Murdoch said he’d been shocked and ashamed when he learnt that the News of the World had hacked the phone of a murdered schoolgirl, and in his closing address, he gave this apology.

"I would like all the victims of phone hacking to know how completely and deeply sorry I am. Apologising cannot take back what has happened. Still, I want them to know the depth of my regret for the horrible invasions into their lives. I fully understand their ire. And I intend to work tirelessly to merit their forgiveness."

Mr Murdoch gave evidence alongside his son James, who is a senior executive in the media empire. Robert Peston followed the day’s events.

The Murdochs’ evidence to MPs on the Culture, Media and Sport Committee had its moments of drama but few moments of revelation. There were elements of both when James Murdoch, the chairman of News International, confirmed that his company has been continuing to pay the legal expenses of Glenn Mulcaire, the private detective hired by the News of the World to illegally hack the phones of individuals. There are News Corporation investors who believe that at the age of 80, it might now be time for Rupert Murdoch to hand over the executive reins of the global media empire he created, and his performance today probably won’t dissuade them that the moment may have come. Although Mr Murdoch himself insisted he’s the right man to correct the News of the World’s sins of the past - sins that went on for years, but which Mr Murdoch didn’t notice in their enormity till the revelations a fortnight ago that the most vulnerable individuals’ phones had been hacked.

The parliamentary hearing had to be suspended for a time when a member of the public threw what appeared to be a plate of shaving foam at Mr Murdoch. Police arrested the man, and when the hearing resumed, members of the public were excluded. A member of parliament, Chris Bryant, was there. He described what he saw.

"Somebody suddenly appeared round from the left and had some kind of plastic plate with some shaving foam on it, and shoved it in Rupert Murdoch’s face. I think it’s just despicable. You know, there’s a really serious set of questions that people are answering and the whole country wanted to hear answered."

Earlier, Britain’s two most senior police officers, who both resigned over the hacking scandal, faced questions from another parliamentary committee. Assistant Commissioner John Yates said he could confidently predict that only a very small number of police officers would be jailed as a result of investigations into alleged illegal payments by journalists. The head of the Metropolitan Police Paul Stephenson said nearly a quarter of the force’s public affairs department once worked for Rupert Murdoch’s News International.

World News from the BBC

The United Nations is preparing to declare a famine in parts of Somalia. Across East Africa, an estimated 10 million people have been affected by the worst drought in more than half a century. Multiple sources say the UN will announce on Wednesday that conditions have deteriorated to such an extent that famine has returned to the region for the first time in 19 years.

The International Monetary Fund has warned that the European debt crisis could have major global consequences if it’s not dealt with quickly. The IMF said decisive action was critical to prevent the financial problems in countries, such as Greece, from spreading to major European economies. Our economics correspondent Andrew Walker reports.

The IMF paints a picture of striking contrast: the recovery in the core of the euro area, countries such as Germany, is resilient; other member countries are in what the report calls "dire shape". There was a call for decisive action including clarity about the role of private sector creditors of governments. Europe [has] been wrangling inconclusively for weeks about whether banks should help with a second bailout of Greece. The IMF also says countries should press ahead with reducing their borrowing needs, and that Europe should increase the size of its rescue loan facility.

A team of international experts has concluded that the former President of Chile, Salvador Allende, killed himself during the 1973 military coup led by General Augusto Pinochet. A detailed report was released two months after Mr Allende’s body was exhumed as part of an inquiry into his death.

Judicial officials in France say they’ve questioned family members of Dominique Strauss-Kahn, the former IMF chief, over allegations that he tried to rape a young writer. Those questioned were the Socialist politician’s ex-wife and their daughter Camille, both of whom were once close to the complainant Tristane Banon. Mr Strauss-Kahn denies the allegation that an assault took place in 2003.

The British Prime Minister David Cameron has defended his integrity to a special session of parliament called to debate the phone-hacking scandal, which has rocked the police, the political establishment and the media empire of Rupert Murdoch. Mr Cameron said that with hindsight, he wouldn’t have employed a former newspaper editor, Andy Coulson, who was arrested over the hacking allegations earlier this month. Here’s Naomi Grimley.

This was the closest yet that David Cameron has come to admitting it was a mistake to hire Andy Coulson. He said that if the former editor of the News of the World was found guilty of any crimes, it would be a matter of profound regret. In the meantime, though, the prime minister would stick to the principle that a man was innocent until proven guilty. The leader of the opposition Ed Miliband said that wasn’t good enough. He argued the prime minister had been compromised by his links with Andy Coulson, and that that in turn had made it difficult for the police to do their job.

The United States says it will allow its aid to be sent to famine-affected areas of Somalia controlled by the Islamist al-Shabab militia as long as none of it is used to benefit the militants. An official with the American agency USAid said it would need the assurance of the United Nations that the aid wouldn’t be taxed by al-Shabab. The BBC Africa editor says this represents a big change in policy for the US, which has previously refused to send aid to areas controlled by al-Shabab.

The President of the European Commission, Jose Manuel Barroso, has warned that history will judge Europe’s leaders harshly if they fail to outline a clear solution to the current financial crisis. Mr Barroso said European leaders, who are meeting on Thursday, needed to provide clarity on future financial support for Greece, and he had this stark assessment of the situation.