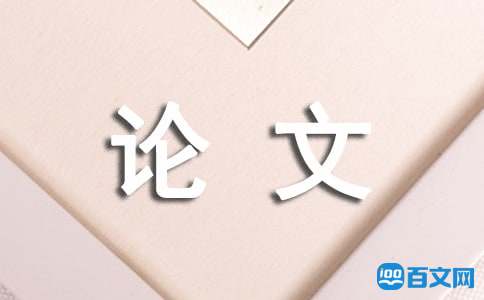 — a Study Based on the Case of Suwen of Huangdi Neijing

A dissertation presented in partial fulfillment of the requirements

Traditional Chinese medicine (TCM) is the essential constituent of Chinese traditional culture treasure. The TCM literature translation not only is helpful to the further development of TCM in the world scope, also is the important content in cultural exchange between China and west. Abstract Four-character phrase originally was an important pattern of manifestation of Chinese classical language. Though the Chinese classical language has been replaced by vernacular Chinese for nearly one century, four-character phrase is still used in vernacular Chinese, which shows its important position in both ancient and modern Chinese. Ancient medical literature and TCM terms also have a large proportion of four-word phrases. So research on translation of four-character TCM terms is very necessary. A good translation of them could decide the quality of TCM translation more or less. So we need a further study on translation strategies of TCM four-character phrases。

Huangdi Neijing,the collection of Suwen and LingShu,which is the earliest Classieal Chinese medicine(CCM) doeument existing today. The book contains a lot of knowledge in many fields in ancient times, such as Chinese ancient medicine, astrology, meteorology and phenoligy. It plays a significant leading role even today on the theoretical research and clinical practice of Chinese mdicin. The proportion of Four-character phrase in Suwen of Huangdi Neijing reaches to 33 percent, which is cosidered as a large proportion.

the late 1970s. It takes seriously factors which have always been stressed in action theory, and which were brought into sharp relief with the growing need in the later half of twentieth century for the translation of non-literary text types. In the translation of scientific and academic papers, instructions for use, tourist guides, contracts, etc., the contextual factors surrounding the translation cannot be ignored. These factors include the culture of the intended readers of the target text and of the client who has commissioned it, and, in particular, the function which the text is to perform in that culture for those readers. Skopostheorie is directly oriented towards this function. Skopostheorie places translation in socio-cultural context, which includes institution which initiates it and stresses the interplay between the translator and functionality, and holds the view that translational action produces a target text that is functionally communicative and functionally suitable in the target culture.

According to Chinese Grammar and Rhetorical Dictionary, four-character structure is a set pattern which is composed of four Chinese character.

Lu Gang has written in Translating Chinese Four-character Chain Structure that “Chinese four-character chain structure is featured with colorful meanings sequent reference and flowing conception. Its translation should take into account the historical cultural and geographical factors concerning China and resort to tactics such as literal translation, free translation, combination, extraction, word order change or materialization as is appropriate with the context.

Dong Jiawen has discussed the same issue from a quite different perspective, whose paper title with A Corpus-based Study of Four-word Lexical Bundles in Linguistic Journal Article.

Quite a large number of foreign scholars have been interested in Chinese culture, especially Chinese Classics. Many foreign translators have made their great contribution to translation of Chinese Classics. E.H.Parker, the famous British diplomat and sinologist had devoted his version of Lisao, the Sadness of Separation in1871. The Story of the Stone, famous English version of Hongloumeng, which was translated by David Hawkes & John Minford in1973 still enjoys its popularity until now.

Although so many sinologists and orientalists has done quite large amount of research works on translating Chinese Classics, they don’t cast their special focus on translation of Chinese four-character phrases.

Hu Lijuan has made discussion On the Translation of the Four-Character Phrase of TCM into English, and point put that a deep understanding of the basic difference between the two languages and good mastery of them, an accurate perception of the deep structure of the source language and a profound comprehension of the language structure and culture background of the target language are inevitable to the successful translation of the four character phrase of TCM,

Aims and Objectives/Research Questions/Problems to be Investigated

The thesis attempts to answer the following questions:

(1) What are the difficulties in four-character phrase translation?

(3) How the purpose of C-E four-character phrase translation is realized in the target text?

(4) What are the differences between the two versions on translation of TCM four-character phrase.

A comparative study of two versions of Suwen of Huangdi Neijing is the main method throughout the thesis. And all the four-character phrases will be selected from chapter 1 to chapter 30 of both versions.

Coherence rule is also called intra-textual coherence rule. The target text(TT) should conform to the standard of intra-textual coherence. That means the TT receiver should be able to understand the TT and the TT should make sense in the communicative situation and culture in which it is received. Therefore, the translator should consider TT receivers' cultural background and social circumstance in order to produce a meaningful TT for TT receivers. If these structures four-character phrases and terms of TCM are translated into corresponding Western Medicine terms, they will be coherent with their situation and foreign TCM readers can interpret these translated TCM four-character phrases easily.

In English translation of TCM four-character phrases, it is important for the target text to be faithful to the original, especially the content of the source text in that TCM has formed a unique theoretical and clinical system through its long history of development, which is quite different from Western Medicine in theory and practice. TCM includes many ancient Chinese philosophies, such as yin-yang theory and five-phase theory. The translator should faithfully translate unique Chinese culture hidden in these TCM four-character phrases.

Outline/Organization of the Proposed Study

1.1Background of the Study

1.2Problem to be Solved in the Present Study

1.3The Methodology of the Present Study

1.4The Significance of the Present Study

1.5The outline of the Present Study

2.2Previous Studies on the English translation of Four-Word Phrases

2.3Previous Studies on the English Translation of TCM Four-word Phrases

3.1Framework of Skopostheorie and its Application

3.1.3Status Quo and Feasibility of Skopostheorie

3.2Perspectives of Skopostheorie: the Three Principles

3.2.1The Skopos Principle as a Guiding Principle

Chapter 4 Strategies of TCM Four-word Phrases Transltion Within Framework of Skopostheorie : a comparative Study of Suwen of Huangdi Neijing

4.1The Skopos of Two Translators in Rendering Suwen of Huangdi Neijing

4.3 Strategies of TCM Four-word Phrases Transltion Within Skopostheorie: A Comparative Study of Suwen of Huangdi Neijing

4.2.1 A Comparative Study on C-E Translation of Objective Relation

4.2.2 A Comparative Study on C-E Translation of Causal Relation

4.2.3 A Comparative Study on C-E Translation of Coordinating Relation

4.2.4 A Comparative Study on C-E Translation of Transition Relation

4.3Solutions to TCM Four-Word Phrases Translation Within Framework of Skopostherie

Due to large amount of four-character phrase, there still might be some inadequacies in the classification of the data selected from the two versions. Due to the limited capability of the author, the part of case study can be further expanded to include more examples for discussion so as to strengthen the argument of this thesis in further study.