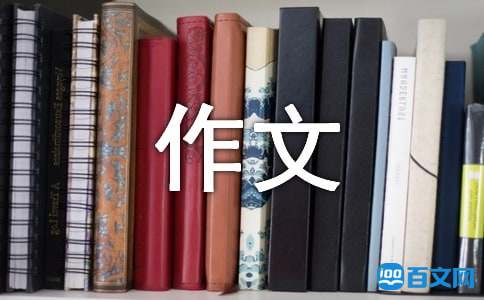 Today is the traditional Chinese festival-- Lantern Festival. The weather outside is good, with sky clear, i visited on my own the beautiful park of the Lake of One Thousand Lights.

I entered the park from its gate. Different from other parks, the Lake of One Thousand Lights does not have an official gate with giant characters on, only has an entrance beneath a bridge, from which i got in. Wow! How beautiful the park was today! The big red lanterns hung for the Spring Festival had not yet been picked down, right beneath the bridges hung festive Chinese notes--the park was completely immersed in atmosphere of festival.Having successfully survived the harsh winter, the grass was embracing the coming spring with renewed appearance, looking exceptionally green in bright sunshine. The water in the lake was being blown by the mild spring breeze, and seemed like a block of fish scales owing to reflection of the golden sunshine, akin to the background of a poetic painting.

What a mass of people in the park! There're kids learning to walk and children flying kates, there're couples of young lovers and pairs of middle-aged spouses, and also oldsters with grey hair. Seeing from high land, the park, which has few visitors in usual time, had been full of people, even the stone boards used as decoration for the passages were occupied by passers-by. I believed there were several reasons for today’s hustle: Lantern Festival, weekend, and the sunny weather with mild winds, plus various wonderful performances, accounted for the influx of nearby dwellers. In the park there were families consisting of three generations, enjoying the happiness of kins gathering together; and young lovers, enjoying the love as much as they liked; and also blocs of friends, comprised of 2 or 3, playing on the streets. The Lake of One Thousand Lights is not the top among its counterparts in this place, however, it was enough to be with the fantastic landscape and gentle winds, enjoying the warm and comfortable southern spring together with reletives and friends.

Wherever there're people, there is business, which would never be missed by smart businessmen. With such a hot weather, it is natural to become thirsty after a long walk, therefore, there were drink-sellers; it is also natural to rest when getting tired by walking, and to chew something when resting, therefore snack-sellers appeared; for the families coming out all together, there would of course include children, to whom things are the easiest to sell, so there were varieties of wares favoured by children: electric toys in the shape of tiger, popcorns which were fragrant and crisp, and different kinds of lovely dolls; vendors aimed at youngsters were also catching up, offering instant sketches or brilliant signatures. There still left one kind that fits all sorts of customers, namely the little stalls where loops were thrown for gifts scattered on the ground, such business survive wherever there're human beings,and prosper with passers-by increasing.

Nevertheless,however prosperous their business was, they could not outperform the park itself, which offered services of boats and multi-person bicycles. Most of today's vistors came in groups, thus it was no wonder that the services like boating and multi-person cycling, which are to be conducted by groups and meanwhile benificiary to health, became extremely popular. The boats could be divided into two types, with one type driven by electricity and the other by feet. The former was suitable for families, allowing the adult members to lie on the seats comfortably while enjoying the beautiful scenery, and the kids to steer the boats. The feet-driven type, which appeared quite joyful, were practically rather tiring, that’s why most of the boats of this type were with more than two strong males, however, i also caught sight of boats with four slim girls riding the pedals who were seeming full of energy. Therefore, it may be necessary for us males to draw such a conclusion from it: never underestimate strengh of females!

The Lake of One Thousand Lights is, inferred from its name, a lake with 1000 lights! Wow! How majestic it would be if the 1000 lights were all open at night! The pity was that i forgot to bring money for supper when setting out, so i'd have to return home before supper, then in the light of the twilight, i reluctantly left the beautiful Lake of One Thousand Lights. What a happy and meaningful day!