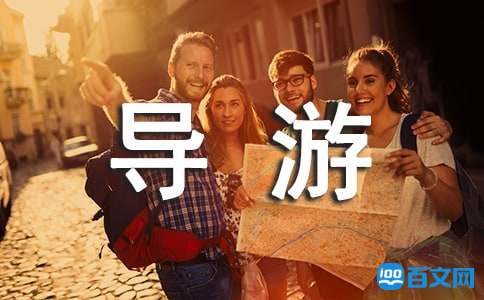 Welcome to Zhangjiajie. I am very glad to be your tour guide. Today we will visit Zhangjiajie's biggest sightseeing terrace soaring into the air, the Huangshizhai, or Yellow Stone Stockade. People often say that “You can't be said to have been to Zhangjiajie if you have not reached Huangshizhai”.

So we can see that Huangshizhai is the quintessence of Zhangjiajie scenic area. The mountain, seen from afar, resembles an almighty lion. Since the Chinese words “lion” and “stone” are the same in sound. namely“shi", hence the name “Yellow ( ‘Huang’ in Chinese) Lion Stockade”, or Huangshi Stockade.

Huangshizhai is located in the center of the Zhangjiajie National Forest Park, rising about l,200 meters above sea level. The stockade area covers over 133 hectares. It is a magnificent, strange and beautiful terrace, with numerous sheer precipices and overhanging rocks. Overlooking the periphery from the top of the stockade, you can see numerous valleys covered by clouds, many of peaks clustering together, with green trees poking into the sky and floating thin mist. A renowned poet once praised Huangshizhai with the following poem:

Advancing ten steps beyond, you will become speechless.

Secluded Path in the Fir Forest

Before us first we see a line of steep and winding stone steps, half-hidden in the thick and tranquil fir forest. That is the “secluded path in the fir forest”. In the ancient times there was only one path up to Huangshizhai, and it was located at the back of the mountain. The path we are using was finished and opened a decade ago. Scenic views abound alongside this secluded path and provide a visual feast for your eyes.

The Arhat is Welcoming the Guests

The scenic spot before us is called “The arhat is welcoming the guests". Please look at the stone wall on the upper left. A big-bellied arhat is sitting by a pine tree with his legs crossed. He is wearing a monk cap, and with his mouth and eyes slanting, he is all smiles as he overlooks the mountains.

Now let us go on our visit. This is a stone cover where we are. It is about 3 meters high and about 20 meters long. Over it is a suspending stone cover called “big stone house”. It is not only a fit place for visitors to have a short rest, but also a wonderful terrace for sightseeing. The views looking to the east include Huaxiyu (The Flower Stream Valley) , the Seed Garden, and Luoguta (The Tower of Gongs and Drums). They constitute a fairyland with range upon range of mountains, dozens of peaks towering into the clouds and mist.

Over the “big stone house” there is a peak protruding out from the mountainside. It takes on a golden and brilliant color when the sun is shining. Seen from below, it resembles a big hand with its five fingers stretching out and its palm slightly contracted. People call it ‘‘half-mountain” because it resembles the half of a mountain that has been cut open by an axe.

Please listen to the singing like sounds coming from in front of us. These are melodious Tujia national minority folk or mountain songs. The place we see in the front is a terrace on which stand Tujia girls wearing beautiful dresses singing and dancing to greet you. Will their pleasant melodies make you yearn to learn more about Tujia national minority morals and customs? Will their hospitality, simplicity, and kindness bring you relaxation and happiness you have never experienced? Right here and at this time, have you sensed the true meaning of “beautiful mountains, beautiful rivers and even more beautiful people” of Zhangjiajie?

Now we have reached the middle of the mountain, already half way to the top of the stockade. Please look at the huge stone protruding into the sky in front of us. Under it is a forest of firs, with its vast greenness rising and falling. This scenic spot is “Terrace for Mustering Officers”. Tradition has it that Zhang Liang, Marquis Liu of Han Dynasty, came here to live and study in seclusion. But he was suspected by the powerful and tyrannical Empress Dowager Lü. In order to be ready for any eventuality, Zhang Liang trained his men here day and night. It is said that this is the right place where Zhang Liang once mustered his officers and assigned them tasks.

Now we have passed the “Terrace for Mustering Officers”. Please go up along the steps on the right, and you will arrive at a concave precipice sightseeing terrace arched by natural stone walls, called “Recreation Terrace”. From here, you can see “Treasure Case for Heavenly Books” right in your front. In the distance, you can see Huaxiyu (The Flower Stream Valley). Looking up, you can see numerous peaks unevenly towering into the sky and vivid green forests. Now please look at the mountain opposite to us on the right. There stands a 20 meter high stone column. On its top is a platform, on which there is a stone case about 3 meters long and 1.5 meters wide. A stone cover is on the case, half of it protruding into the air, and the other covering the case. Around the case are five jade-green pines and cypresses. Legend has it that Zhang Liang once hid the three volumes of the Heavenly Books of his teacher, Master Huangshi, in this case. After the war stopped, he took out the books to put them in another place. But he forgot to put on the drawing cover, leaving the stone case half covered to this day. For the Heavenly Books were once hidden in this stone case, it was honored the name “Treasure Case of Heavenly Books”.

South Gate to the Heavenly Palace

Now let us go on climbing up. Please look forward. Two mountains are huddled together, leaving only a small path between them, in the shape of a gate. It is said of this gate that if one man guards it, then ten thousand men cannot break it open. This is “Nantianmen”--South Gate to the Heavenly Palace. Please look at the two peaks on both sides. They tower there, one on each side, powerful and almighty, like the ancient palace guards, guarding the gate all the time. People call them the “Door-guarding Generals”. They wear armors, with fine swords and feather arrows, stout as giants, really life-like. It is said that they are also the mountain gods guarding Huangshizhai.

Have you noticed this ancient tree soaring into the sky? It is over a hundred years old. People call it the “Qingqian Willow’’ or “Coin Willow” , for its fruits are just like ancient coins in strings, with a golden-yellow color when they are ripe, with a kernel in the center of each, and pattems around it. From the bottom, its root splits into big forks. In spring and summer, its crown is just like an open big umbrella, with its dense branches and luxuriant leaves giving us cool shade from the hot sun. In autumn and winter, its leaves tum yellow and its fruits are ripe. As the wind blows, strings of the fruit fall on the ground, just like strings of golden copper-coins. No wonder it is called “the coin tree”.

Now, this way, please. Not far from the “Coin Tree” in front of it is the “Magical Needle Stabilizing the Sea”. It towers tall and erect, as if it were supporting the whole mountain with its firm trunk. The “Magical Needle Stabilizing the Sea” and“Golden Whip Rock” echo each other at a distance, forming a most magnificent “Natural Grand Spectacle”. Now what scenic spot is this isolated column peak in front? It protrudes abruptly from the earth and, with a height of over 300 meters, it soars into the clouds. With its roots firmly planted in the earth, it truly resembles a stone pillar in the sky. This is the renowned “Sole Pillar of South Sky”; it has this name because it is standing under the South Gate to the Heavenly World. The sole pillar of the south sky echoes with “the Sole Pillar of West Sky”. Legend has it that they were changed from two macaques, each with only one leg. Long ago, in their attempt to save the Monkey Sun Wukong (the famous Monkey King in the Chinese novel Journey to the West) , they were transformed, by magic, by Erlangshen, a god with a third and vertical eye in his forehead. They had no choice but to just stand here.

The “Sole Pillar of South Sky” is the feature of the whole “Wulingyuan” scene. It towers straight from the ground, embodying a stubbornly resistant spirit in the face of constant change. As the miniature of the geomorphology scene of quartzes sandstone peak forest of the whole “Wulingyuan”, it is the festival medal and symbol of “Zhangjiajie Intemational Forest Protection Festival”.

Now, we have smoothly climbed up to Huangshizhai. The round stone peak, whose summit is flat and lower slope is terraced, is Star-Picking Terrace. Standing on the terrace you cannot help but feel that “all peaks are dwarfs under my feet”. From here, you can enjoy many major scenic spots in the distance, such as “Two Doors Open to Welcome Guests”, “Natural Wall-Paining”, “Yupingfeng (Jade Vase Peak)”, and “Rabbit Watching the Moon”. Especially in the evening, you will feel extremely near to the stars, as if you could pick them down when stretching out your hands.

This artificial scenic spot is the “Liuqige”, or “Pavilion of Six Strangenesses ". By “six strangenesses”, we mean the strange mountains, waters, clouds, stones, and plants. This is the only artificial scenic spot in the park. It was constructed with marble stones and reinforced concrete. The four-story building, with various corners on its roof and protruding eaves, is a special pavilion integrating the folk customs, calligraphy and natural scenes. Standing on the third floor, you can feast your eyes on the Zhangjiajie's magnificent scenery. On the top of the pavilion, you can see Yuanjiajie, Tianzishan, Chaotianguan, and the Peak of Three Sisters.

Now let us go along the 2,200 meter mountain-top loop-route to visit scenic spots, such as Wuzhifeng (Five-finger peak), the Front Garden, and the Piers of a Ruined Heavenly Bridge. Every rock peak here is an ancient work of art, and in every rock peak are hidden limitless mysteries of nature. Several years ago, a woman writer from northeast China stood on the sightseeing terrace of Five-finger Peak, sighing: “ I feel no regret to die now since I have seen the scenes of Zhangjiajie!” And then she continued to say: “ I feel that I have more reasons to live well since I have seen the scenes of the Zhangjiajie!” These words seemed paradoxical. But actually the first sentence expresses that, having seen such wonderful scenes as those in Zhangjiajie, she felt satisfied in her life, while the second sentence expresses that life was so beautiful that she should better treasure her life.

Now we have arrived at the Back Mountain Gate. It is like a stone gate, steep in the middle and narrow on both sides, very difficult to approach. In the past, this was the only access to Huangshizhai. It was from here that Ex-General Secretary Jiang Zemin ascended and descended Huangshizhai in March of 1995. During a break in the trip up the mountain, he jubilantly played the erhu-the two-stringed, Chinese fiddle-to accompany the local Tujia national minority girl singers. On the stockade top, he couldn't help but sing the Beijing Opera “Taking Weihu Mountain” aria, “Killing a Tiger in the Up-mountain Trip”.

So much for Huangshizhai, hopefully, you have had a pleasant and unforgettable memories of the mountain. Welcome back to Huangshizhai for another sightseeing tour at your convenience.