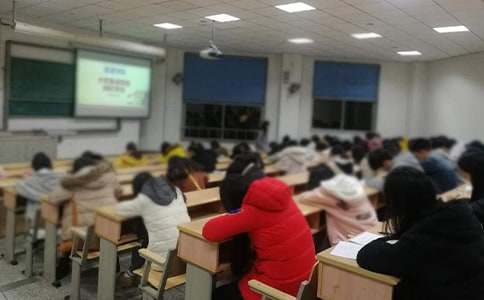 Choose the best answer from the choices given:

1.Helen was much kinder to her youngest child than she was to the other,（ ）, of course, made the others jealous.

2.Mr.Johnson preferred（ ）heavier work to do.

C. to have given D. having given

3.I remember（ ）to help us if we ever got into trouble.

C. him to offer D. to offer him

4.In the course of a day students do far more than just（ ）classes.

A. attend B. attended

5.How can I imagine Steward （ ） the first in the freestyle swimming race?

A. finish B. to finish

6.Jane wishes that she（ ）foreign trade instead of literature when she was in college.

A. did B. would study

C. had studied D. could study

7.Eliza is really an expert in dancing ,but（ ）singing her performance is anything but good.

8.I met her in the street （ ）and she told me she was leaving for France next month.

A. the other day B. in three days

C. the following day D. the next day

9.Few of you share my opinion so we have （ ）in common to discuss.

A. a little B. little

C. nothing D. something

11.I am sorry to have begun the meeting before you came. I thought （ ）.

A. you did not come B. you should not come

12.―Can you attend the meeting tonight?―No,（ ）the manager about something important.

13.No one is permitted to enter the hall without first（ ）his identification card.

A. having to show B. being shown

nbsp;）the famous novel before we finally met the actual writer.

A. to write B. to have written

15.The question is （ ）can be put into practice.

17.They had no sooner got on the train（ ）it pulled out of the station.

C. before D. then

A. While B. Suppose

C. Unless D. Because

19.I （ ）the truth of your remarks, although they go against my interests.

20.Three hundred pounds （ ）really a large sum for him, who has just left school.

the blanks according to the instructions:

Fill in the blanks with the appropriate form of the verb given:

Fill in the blanks with an appropriate coordinator or subordinator:

33.John was so disappointed when Susan turned down his proposal __________he remained single for the rest&nb

Fill in the blanks with an appropriate preposition:

Correct errors in the following sentences:

41.It was last night when Pat released the president’s illness to the reporters.

42.His fondness of collecting stamps was such that nearly half his income went into this hobby.

43.What were believed to be aliens from the outer space were actually several sheep going astray.

44.Where she was at the time of the murder was of major concern to the police that is investigating the case.

45.He found it annoyed that his neighbor kept calling him by the wrong name.