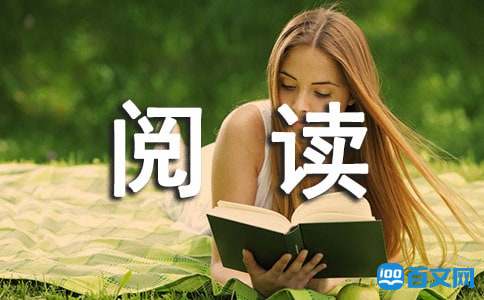 Mrs Green lives in a small village. Her husband is dead(死).But she has a son.He is twenty-one and his name is Jack.He gets work in a town and lives there.Its name is Greensea.It is quite a long way from his mother's village，and she is not happy about this，but Jack says，"There isn't any good work for me in the village，mother，and I can get a lot of money in Greensea and give you some every week.

One day Mrs Green is very angry. She gets on a train and goes to her son's house in Greensea.Then she says to him，"Jack，why do you never give me a ring?

Jack laughs and says，"But，mother，you don't have a telephone.

1.Where does Mrs Green live?

3.Which of these is not wrong?

a.Greensea is the name of a factory.

b.Jack works in a town and his mother is happy about this.

c.In the village there is no good work for Jack.

d.He can get less money in the town than in the village.

4.How does the woman go to Greensea one day?

5.Why does Jack never telephone his mother?

a.Because he is too busy. b.Because he lives far from his mother's village.

c.Because he doesn't have a telephone. d.Because his mother has no telephone.

For many people lunch is a quick meal.In cities there are a lot of sandwich bars，where office workers can buy the kind of bread they want- brown，white，or a roll(小圆面包)-and then all kinds of salad(色拉)and meat or fish to go in the sandwich.School children can have a hot meal at school.But many just take a sandwich，a drink and some fruit from home.

They usually have the evening meal quite early，between 6：00 and 8：00，and often all the family eat together.

The Englishmen like food from other countries，too，especially(特别地)French，Chinese， Italian and Indian.People often get take-away food-they buy the food outside and then bring it home to eat.

In the 13th century，the famous Italian traveller，Marco Polo，travelled a long way to China.During his stay in China，he saw many wonderful things.One of the things he discovered was that the Chinese used paper money.In western countries，people did not use paper money until the 15th century.However，people in China began to use paper money in the 7th century.

A Chinese man called Cai Lun invented paper almost 2000years ago.He made it from wood.He took the wood from the tree and made it into paper.He then put these pieces of paper together and made them into a book.

Now paper still comes from trees.We use a lot of paper every day.If we kept on wasting so much paper，there will not be any trees left on the earth.If there are no trees，there will be no paper.Every day，people throw away about 2，800tons(吨)of paper in our city.It takes 17 trees to make one ton of paper.This means that we are cutting nearly 48，000trees every day.

Since it takes more than 10years for a tree to grow，we must start using less paper now.If we don't，we will not have enough time to grow more trees to take the place of those we use for paper?

So how can we save paper?We can use both sides of every piece of paper，especially when we are making notes.We can choose drinks in bottles instead of those in paper pack- ets.We can also use cotton handkerchiefs(手帕)and not paper ones.When we go shopping，we can use fewer paper bags.If the shop assistant does give us a paper bag，we can save it and reuse it later.

Everyone can help to save paper.If we all think carefully，we can help protect trees.But we should do it now，before it is too late.

d.read a lot of books

2.People in western countries first use paper money in the _____ century.

4.Which of the following is NOT a way of saving paper?

a.To use both sides of every piece of paper.

b.To use the paper bags from shops more than once.

c.To use cotton handkerchiefs instead of paper ones.

5.Which of the following is NOT TRUE?

a.If we keep on wasting paper，we will have no paper to use.

d.It's never too late to plant new trees for paper.