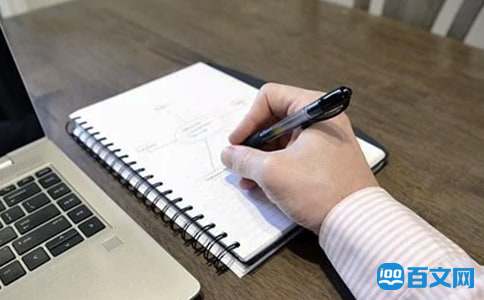 It has been reported that a middle school in Xuzhou City has recently launched a campaign named “Away from Net-bar”. More than a thousand students have signed for their solemn promise that they will not spend a single minute in the net-bars. With the nearing of the summer vacation, this campaign is especially meaningful for the healthy development of the minors.

The internet has brought people great convenience in getting information, entertainment and contact with others, and it has also benefited some businessmen, especially the owner of net-bars. While it is true that most net-bars are running legally, it is also true that some are offering unhealthy programs that involve violence and sex content. Since most middle school students are prone to be influenced and they can hardly tell which bars are doing well and which ones are not, it is only advisable that they stay away from all. Besides , staying away from net-bars also does good to students’ physical health. By passively sitting too long in front of the computer screen, both their eyesight and physique suffer.

Obviously , the Away from Net-bars Campaign is an activity that is worth advocating and it merits other schools’ reference

In recent years, more and more people, especially some young girls choose to take plastic surgeries. Some people argue that this kind of surgery can improve one’s appearance, thus secure a good job. Others hold a different opinion, they consider plastic surgery as a waste of money. Personally, I agree with the latter.

Firstly, beauty is only skin-deep, as the saying goes, virtue is more important than appearance. Plastic surgery cannot improve one’s character. Who do you think is more popular, an ordinary girl with charming personality, or a beautiful girl with arrogant manner? Secondly, success relies on one’s abilities but not appearance. Some people, especially young girls dream to find a good job after taking plastic surgery. For example, it takes one at least 30,000 Yuan to have double eyelid. Fourthly, people have to bear the risks of an unsuccessful surgery which will be a lifelong pain.

All in all, it is not advisable for people to take plastic surgeries. We can get what we want by improving our inner qualities, such as our personality and ability, and there is no need to endure the pains and economic loss of a plastic surgery.

People ask for English education reform mainly because of the Inadequacy of college English education under the current system. On the one hand, many coilege English teachers underestimate the role interest plays in English learning and keep preaching in class. On the other h^nd, under the current system, most Chinese students tend to separate vocabulary memorizing, grammar, Hsteniiig, speaking, reading, and writing ftom each other and therefore their English is also “broken” in this way. This has also greatly contributed to the “dumb English” of many Chinese students.

In my view, to reform English education, colleges and universities should encourage students to speak English in class and hold more activities to promote students' oral English. Teachers should focus on attracting students with vivid teaching and arouse students* enthusiasm in learning English. With the collaboration, the reform of college BngHsh education will surely yield pleatifu] fitiits.

The seats in our school reading-room are not enough for all the students. Many people get there very early to "seize" a seat every day. So do I. One day a "special" thing happened to me. And I learned a lesson that I shall never forget.

It happened on a Wednesday morning last January, just before our final examation. I got to the reading-room very early to occupy a seat. I put a book on the desk and then went to have breakfast. But when I hurried back into the reading-room, I found someone was sitting on the seat which I had occupied in advance. I ran to him immediatly and shouted at him angrily, "Go away. It's my seat." Everyone raised their eyes and stared at me unfriendly. My face turned red and I felt ashamed of myself. I took my book and fled helter-skelter before so many eyes.

Want to be a small fish in a big pond or the other way round? Every graduate faces this question when he starts his career. A large number of college graduates prefer to stay in the big cities. To them, big cities mean more experiences, more opportunities to see the big world and more space for career development. At the same time, higher salary is another temptation.

But some other graduates want to start in small towns. Even though there may not be many big companies, they can have a quieter and less competitive life. Another reason is that they can be a big fish in a small pond. They can easily get the management’s attention and may win promotion earlier.

As far as I am concerned, I prefer to start in a metropolis like Shanghai. A good begin is half the battle, and in Shanghai I can find a job in a big company where I can meet people from different places and cultures. I will learn from them what I can not get from textbooks.

Should Graduates Spend Much on Job Hunting?

Should Graduates Spend Much on Job Hunting? Nowadays college graduates spend more and more money on job hunting. According to a recent survey, almost every graduate spends some money on finding a job. And clothing, transportation, resumes producing and training expense are the main aspects that cost them a lot of money.

As to this phenomenon, different people have different views. Some say it is necessary for graduates to spend money in producing embellished resumes and buying suitable clothes, which can give interviewers a good impression and increase their chance of success. However, others dont think so. They argue that the high expenditure can increase their parents financial burden since most students have no regular income. Apart from that, the decorated resumes do little help to find a job because most HR managers pay more attention to skills.

In my opinion, there is nothing wrong for graduates to invest some money on job hunting. But they should bear in mind that it is their knowledge, skills as well as experience that matter a lot. So they must have a rational attitude toward what they should buy and how much money they should spend.

2.The idea is hardly supported by facts.

3.Unfortunately, none of the available data shows ...

5.There is sufficient evidence to show that ...

1.It may give rise to a host of problems.

2.The immediate result it produces is ...

3.It will exercise a profound influence upon...

4.Its consequence can be so great that...

2.There is a grain of truth in these statements, but they ignore a more important fact.

4.Many of us have been under the illusion that...

5.A close examination would reveal how ridiculous the statement is.

8.Such a statement mainly rests on the assumption that ...

9.Contrary to what is widely accepted, I maintain that ...

2.The answer to this problem involves many factors.

3.The phenomenon mainly stems from the fact that...

4.The factors that contribute to this situation include...

5.The change in ...largely results from the fact that...

7.Part of the explanations for it is that ...

1.The advantage far outweigh the disadvantages.

2.The advantages of A are much greater than those of B.

3.A may be preferable to B, but A suffers from the disadvantages that...

4.It is reasonable to maintain that ...but it would be foolish to claim that...

5.For all the disadvantages, it has its compensating advantages.

7.A and B has several points in common.

8.A bears some resemblances to B.

9.However, the same is not applicable to B.

11. Evidently, it has both negative and positive effects.

14. Wondering as A is ,it has its drawbacks.

2. The answer to this problem involves many factors.

3. The phenomenon mainly stems from the fact that...

4. The factors that contribute to this situation include...

5. The change in ...largely results from the fact that...

That some college students at a local university hired a cleaner to do laundiy and cleaning once a week has led to a heated debate. Some people advocate and support the practice. They mamtain that hiring cleaners to keep the dorms clean can help students save time, which they can spend on their studies.

Others, however, argue that hiring cleaners could help students save time and devote to their studies is merely a pretext* Typically, college education is not dominated by heavy loads of coursework and college students have ample time to manage their own afeirs apart &om studies. Usually, those students who claim they are too busy to clean their own dorms are most often found preoccupied with playing computer games or shopping. They refuse to do manual labor because they tend to regard themselves as elites once they succeed in entering a college.

Personally, I think college students shouldn't hire cleaners. In performing the cleaning himself/herselft a college student learns to share the responsibility for managing a public space of which one is a part. And by doing so, the student also shows respect for the common welfare of the entire dorm- Cleaning one's own dorm is a small but necessary process whereby one becomes a responsible person.

Recently, the problem of has aroused peoples concern.

Internet has been playing an increasingly important role in our day-to-day life. It has brought a lot of benefits but has created some serious problems as well.

Nowadays, has become a problem we have to face.

It is commonly believed that / It is a common belief that

Many people insist that

With the development of science and technology, more and more people believe that

A lot of people seem to think that

Taking all these factors into consideration, we naturally come to the conclusion that

Taking into account all these factors, we may reasonably come to the conclusion that