Four Women in One Family 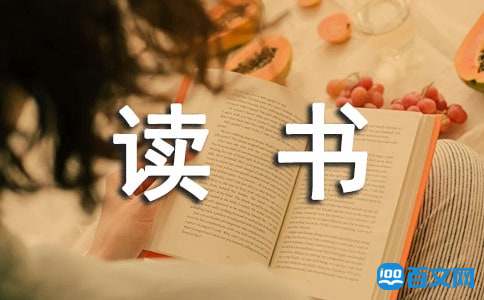 Little Woman was written by American female writer Alcott. After reading this novel, I have some opinions about these four women.

The novel described four sisters in the March family; they were kind to each other and love each other, hardworking, stayed with neighbor Laurence friendly. Different disposition girls had found their own happy through their own goodness and industrious. The novel has not a fluctuation plot and fascinating suspension in a play, but the author described the happiness in March family with the simple language. Their good and kind, loyalty to love and family has left me a deep impression. The author only described very ordinary detail in the life, but reveals the love to the happy life expectation everywhere.

Although these girls born in a poor family, but they all had the positive attitude to any matter, the novel had laid emphasis on their inpiduality and the dignity, but also has displayed their self-expression restraint. Independently was these four girls’s common characteristic, they always keep discovering their own shortcoming and correct it as soon as possible which worth our learning. Look we, some people always make mistakes, but they always think that it is a small mistake; they don’t need to notice it, let it go. If every one like them, the society will become very awful, no rule can limit people’s behaviors, they can do anything they like.

These four girls are very different, let me introduce them, Meg, the eldest of the four, was sixteen, and very pretty, being plump and fair, with large eyes, plenty of soft, brown hair, a sweet mouth, and white hands, of which she was rather vain. Fifteen-year-old Jo was very tall, thin, and brown, and reminded one of a colt, for she never seemed to know what to do with her long limbs, which were very much in her way. She had a decided mouth, a comical nose, and sharp, gray eyes, which appeared to see everything, and was by turns fierce, funny, or thoughtful. Her long, thick hair was her one beauty, but it was usually bundled into a net, to be out of her way. Round shoulders had Jo, big hands and feet, a flyaway look to her clothes, and the uncomfortable appearance of a girl who was rapidly shooting up into a woman and didn't like it. Beth, as everyone called her was a rosy, smooth-haired, bright-eyed girl of thirteen, with a shy manner, a timid voice, and a peaceful expression which was seldom disturbed. Her father called her "Little Tranquility," and the name suited her excellently, for she seemed to live in a happy world of her own, only venturing out to meet the few whom she trusted and loved. Amy, though the youngest, was a most important person in her own opinion at least. A regular snow maiden, with blue eyes, and yellow hair curling on her shoulders, pale and slender, and always carrying herself like a young lady mindful of her manners. What the characters of the four sisters were we will leave to be found out.

I love Meg for her being glad to impoverish for love, not enticed by the money. She did family teacher to help the family. I love Jo for her free and easy, likes her for the steadfast determination which she struggles for dream. She earns living expenses with aunt March and writes articles for the newspaper to gain the payment to increase the daily necessities to the family. I love Beth for her tranquil characteristic, doing anything without any complain. Like her good personal character which always considers for others, she loves music and feels shy with strangers, so she always does some housework with her mother at home. I also love Amy for her strong desire; she regard supporting the poor people as her own faith. She was interested in sketch. Though their idea and the destiny are various, they had all found their own love.