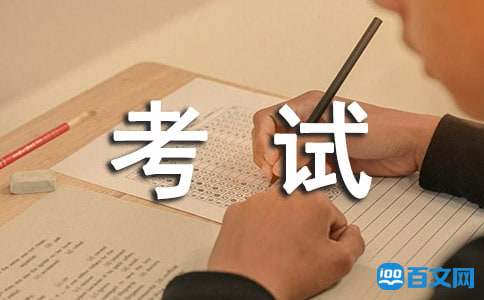 1. The company has the right to (end) his employment at any time.

2. In the process, the light energy (converts) to heat energy.

3. She (gave up) her job and started writing poetry.

4. We’re happy to report that business is (booming) this year.

5. We’ve been through some (rough) times together.

6. The thief was finally (captured) two miles away from the village.

7. What are my chances of (promotion) if I stay here?

8. I (propose) that we discuss this at the next meeting.

9. Rodman met with Tony to try and (settle) the dispute over his contract.

10. Can you give a (concrete) example to support your idea?

11. It was a (fascinating) painting, with cleaver use of color and light.

12. We’ve seen a (marked) shift in our approach to the social issues.

13. I was (shocked) when I saw the size of the telephone bill.

A. surprised B. lost

15. The police took fingerprints and (identified) the boy.

Everyone who lives in San Francisco knows that earthquakes are common in the Bay Area--and they can be devastating. In 1906, for example, a major quake destroyed about 28,000 buildings and killed hundreds, perhaps thousands of people. Residents now wonder when the next "Big One" will strike. It's bound to happen someday. At least seven active fault( 断层 ) lines run through the San Francisco area. Faults are places where pieces of Earth's crust( 地壳 ) slide past each other. When these pieces slip, the ground shakes.

To prepare for that day, scientists are using new techniques to reanalyze the 1906 earthquake and predict how bad the damage might be when the next one happens.

At such high speeds, massive amounts of pressure build up, generating underground waves that can cause more damage than the quake itself. Lucky for San Francisco, these pressure pulses( 脉冲 ) traveled away from the city during the 1906 event. As bad as the damage was, it could have been far worse.

Looking ahead, scientists are trying to predict when the next major quake will occur. Records show that earthquakes were common before 1906. Since then, the area has been relatively quiet. Patterns in the data, however, suggest that the probability of a major earthquake striking the Bay Area before 2032 is at least 62 percent.

New buildings in San Francisco are quite safe in case of future quakes. Still, more than 84 percent of the city's buildings are old and weak. Analyses suggest that another massive earthquake would cause extensive damage.

People who live there today tend to feel safe because San Francisco has remained pretty quiet for a while. According to the new research, however, it's not a matter of "if" the Big One will hit. It's just a matter of when.

A Right B WrongC Not mentioned

17. The 1906 earthquake in San Francisco is the most severe one in American history.

18. The highest speed of fault ruptures in the 1906 quake was more than 3.5 kilometers per second.A RightB WrongC Not mentioned

20. San Francisco is fully prepared for another big earthquake.

21. Scientists will be able to predict the exact time of an earthquake soon.

A Right B WrongC Not mentioned

1Believe it or not, cell phones have been around for over a quarter of a century. The first commercial cell phone system was development by the Japanese in 1979, but cell phones have changed a lot since that time. The early cell phones were big and heavy but they have developed into small and light palm-sized models. There have been huge developments in their functions, too: we have had call forwarding, text messaging, answering services and hands-free use for years, but now there are countless new facilities, such as instant access to the Internet and receiving and sending photos.

2Cell phones have become very common in our lives: recent statistics suggest as many as one in three people on the planet now have a cell phone, and most of them say they couldn’t live without one. Cell phones are used in every area of our lives and have become a necessary tool, used for essential arrangements, social contact and business. They have made it easier to call for help on the highway. They have made it possible to keep in touch with people “on the move” – when people are traveling.

3Cell phones have made communication easier and have reduced the need for family arguments! We can use cell phones to let our family know we’ll be late or if there’s a sudden change of plan or an emergency. Cell phones have eased the worries of millions of parents when their teenagers are out late: they can now contact their children at nay time.

4This does not mean that cell phones are all good news. They have brought with them a number of new headaches for their owners: it coasts a lot to replace stolen phones, something that is becoming a frequent occurrence, and have you ever seen such huge phone bills? More serious, however, is the potential health problem they bring: there are fears that radiation from the phones may cause brain tumor ( 肿瘤 ). This may be a time bomb waiting to happen to younger people who have grown up with cell phones that they simply can’t live without!

ACell phones and the family

ACell phones and the family

27. Nowadays cell phones are equipped with

28. Cell phones are common in our lives and have become

29. We can use cell phones to communicate with others when we encounter

30. In spite of many benefits, cell phones have brought for their owners

Earth's North and South Poles are famous for being cold and icy. Last year, however, the amount of ice in the Arctic Ocean( 北冰洋 ) fell to a record low.

Normally, ice builds in Arctic waters around the North Pole each winter and shrinks( 萎缩 ) during the summer. But for many years, the amount of ice left by the end of summer has been declining.

Last summer, Arctic sea ice reached its skimpiest levels yet. By the end of summer 2007, the ice had shrunk to cover just 4.2 million square kilometers. That's 38 percent less area than the average cover at that time of year. And it's a very large 23 percent below the previous record low, which was set just 2 years ago. This continuing trend has scientists concerned.

There may be several reasons for the ice melt, says Jinlun Zhang, an oceanographer( 海洋学家 ) at the University of Washington in Seattle. Unusually strong winds blew through the Arctic last summer. The winds pushed much of the ice out of the central Arctic, leaving a large area of thin ice and open water.