Elizabeth Freeman was born about 1742 to African American parents who were slaves. At the age of six months she was acquired, along with her sister, by John Ashley, a wealthy Massachusetts slaveholders. She became known as “Mumbet” or “Mum Bett”. 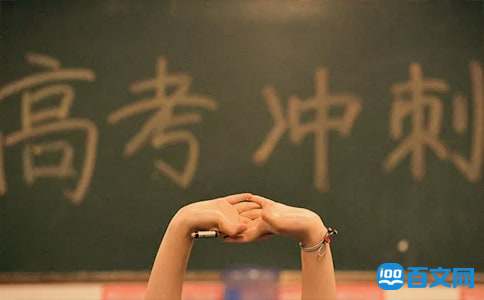 For nearly 30 years Mumbet served the Ashley family. One day, Ashley's wife tried to strike Mumbet's sister with a spade. Mumbet protected her sister and took the blow instead. Furious, she left the house and refused to come back. When the Ashleys tried to make her return, Mumbet consulted a lawyer, Theodore Sedgewick. With his help, Mumbet sued(起诉) for her freedom.

While serving the Ashleys, Mumbet had listened to many discussions of the new Massachusetts constitution. If the constitution said that all people were free and equal, then she thought it should apply to her. Eventually, Mumbet won her freedom—the first slave in Massachusetts to do so under the new constitution.

Strangely enough, after the trial, the Ashleys asked Mumbet to come back and work for them as a paid employee. She declined and instead went to work for Sedgewick. Mumbet died in 1829, but her legacy lived on in her many descendants(后裔). One of her great­grandchildren was W.E.B.Du Bois, one of the founders of the NAACP, and an important writer and spokesperson for African American civil rights.

Mumbet's tombstone still stands in the Massachusetts cemetery where she was buried. It reads, in part: “She was born a slave and remained a slave for nearly thirty years. She could neither read nor write, yet in her own sphere she had no superior or equal.”

51.What do we know about Mumbet according to Paragraph 1?

A.She was born a slave.

C.She had a famous sister.

D.She was born into a rich family.

52.Why did Mumbet run away from the Ashleys?

B.She wanted to be a lawyer.

C.She was hit and got angry.

D.She had to take care of her sister.

53.What did Mumbet learn from discussions about the new constitution?

B.She should be as free and equal as whites.

C.How to be a good servant.

D.How to apply for a job.

54.What did Mumbet do after the trial?

A.She chose to work for a lawyer.

C.She continued to serve the Ashleys.

D.She went to live with her grandchildren.

55.What is the text mainly about?

A.A story of a famous writer and spokesperson.

B.The friendship between a lawyer and a slave.

51.A 细节理解题。根据第一段的“Elizabeth Freeman was born about 1742 to African American parents who were slaves.”可知她生来就是奴隶。故选A。

52.C 细节理解题。根据第二段的“One day, Ashley's wife tried to strike Mumbet's sister with a spade. Mumbet protected her sister and took the blow instead. Furiously, she left the house and refused to come back.”可知答案为C。

53.B 细节理解题。根据第三段的“If the constitution said that all people were free and equal, then she thought it should apply to her.”可知Elizabeth从新的宪法中得知所有的人都是自由、平等的。

54.A 细节理解题。根据第四段的“She declined and instead went to work for Sedgewick.”和第二段的“…Mumbet consulted a lawyer, Theodore Sedgewick.”可知答案为A。

Nicolai Calabria has already become one of the best 106-pound wrestlers. He has successfully climbed to the top of the highest mountain in Africa, and most importantly, he's changed the attitude of any normal person who watches him compete.

The 17-year-old teenager has one leg. He was born that way, but his goal is to show it's not the one thing that defines h

im. He would also be the first one to tell you that he just_wants_to prove to others and himself that he's just like other normal ones.

When Calabria was young, his parents tried different prostheses(假肢)to find out which was most comfortable for their son as he tried to keep up with a family, who has a preference for sports.

At first, the Calabrias had their middle child in a prosthesis that looked and functioned like a “real” leg, but soon they decided to choose a different path when they found it wasn't beneficial to his movement. Then the family moved him to arm crutches(手杖) and from there a new burst of energy was found.

Getting others to believe that he could take off on the soccer field took a little bit longer. When the Calabrias moved to Concord, they had a hard time convincing the town soccer programme to allow a child like him to compete with able-bodied kids. After months and months of debates and meetings, the family received the answer they were looking for. Since then, witnessing a young man on crutches who competes against those with two legs has become a_fixed_event in the Concord community.

“At that time I had nothing but discouragement working with the soccer community, however, now I have nothing but admiration for the fact that he's been allowed to play, and people see that he adds value to game，” his father said. “I just think it's a great result.”

A.can do what a normal teenager can

B.is realizing as many dreams as he can

A.Calabria proved to be the most excellent player of the team

B.it was not easy for Calabria to be accepted to the town's soccer team

C.Calabria's parents didn't allow him to play soccer at first

D.there are some other disabled children in the soccer team

B.thinks that Nicolai is playing a key role in the team

C.is very delighted that Nicolai can play soccer in the team

D.hasn't expected that Nicolai can be allowed to play soccer

21.A 写作意图题。根据第二段最后一句“He would also be the first one to tell you that he just wants to prove to others and himself that he's just like other normal ones.”和对全文的整体理解可知选A项。

22.B 推理判断题。根据文章第五段第三句“After months and months of debates and meetings… ”和对全段的整体理解可推知，让城镇足球队接受他这样一个人入队并非易事，故选B项。

23.A 词义猜测题。根据文章最后一段Calabria的父亲所说的“…people see that he adds value to game, …”可推知，人们喜欢看有Calabria参与的比赛，并结合fixed的意思“既定的，固定的”，可知选A项。

24.C 推理判断题。根据文章最后一段Calabria的父亲所说的话， 从discouragement到ambition，尤其是最后一句的总结 “‘…and people see that he adds value to game，’ his father said. ‘I just think it's a great result.’”可推知，Calabria的父亲对Calabria能在足球队里打比赛很开心，故选C项。