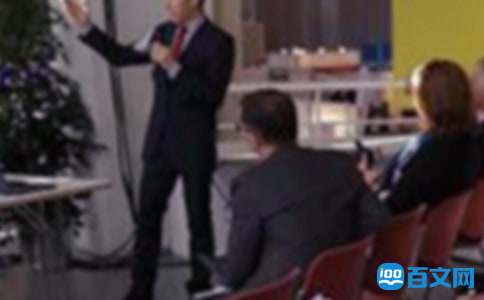 Bidding for the Olympic Games, in a way, an image-creating undertaking. The first and foremost thing is to let people fall in love with the city at first sight, attracting them by its unipue image. What image does Beijing

intend to create for itself once it has the opportunity to host the 2008 Olympics?

It is known to all that the Beijing Municipal Government has already set the theme for the future games: New Beijing, Great Olympics. For me, the 2008 Olympics will be a great green Olympics illuminated with two more special colors, yellow and red.

First, yellow is a meaningful color. The Yellow River is China's Mother River and the descendants of the Yellow Emperor. This color has a special origin and great significance for the Chinese people. Beijing is the capital of New China and previously the capital for nine dynasties in Chinese history. So, yellow will naturally add splendor to the 2008 Games.

Secondly, the 2008 Olympics will be a red pageant.Red is another traditionally cherished color for the whole country. We adore red. On big occasions, we like to decorate our homes in red. It is the color of double happiness, representing joyous moments, auspiciousness, enthusiasm and prosperity. Red is one of the most suitable colors to describe the future of Beijing . Beijing , together with the whole country, is becoming more and more prosperous in the proceof modernization. Should the 2008 Olympics be held in Beijing, the whole city will be a sea of red : the red torch,red flags, red flowers, and the radiant faces of millions of joyful people.

Above all, the 2008 Olympics will be a green Olympics. Adding a green ingredient is essential in creating an appealing image, as we can't deny the fact that Beijing, at the moment, is not as green a city as what we like it to be. Striving for an environmentally appealing city has become a central task for all the citizens of Beijing. Big efforts have been made in pollution control, replanting and beautification of the city. According to a project entitled" The Green Olympic Action Plan", between 1998 and 2007, Beijing, we have invested 100 billion RMB in preserving and protecting the environment. Some 12.5 million trees and over 1 million acres of grawill be planted along the Fourth Ring Road. By then, the city's green area will make up 40% of its total. The city will also dredge its reservoirs used as a water supply to Beijing residents, controlling industrial pollution and moving out the 200 factories presently located within the city proper.

Certainly, all of this is no easy task. But I am sure that all of us have confidence that we will realize these green goals. For now we have the full support and participation of the environmentally conscious citizens. Each

citizen is showing great concern for every one of the steps the city government takes. As the saying goes, United, we stand, and a green Beijing will be achieved.

When our aspiration becomes a reality, it will be a unique Olympics." New Beijing, Great Olympics"; will be weaved of these three superb colors: yellow, red and green.

Let us welcome it and look forward to it! Thank you!

Today I'm very happy here to talk about my dream. I hope you can support me and do me a favor, OK?

Dream likes a beautiful flower. Different people have different dreams.They make the earth colorful and wonderful. A dream is a target in life, in which it can give people power. It can show people the directions and final destinations.

I have three dreams. My first dream is that I wish I could go to college some day, which is also the one of many other students' dreams. Going to college for further education can not only enrich our knowledge, but also teach us how to behave better. I always imagine that the college life must be very interesting. This dream gives me energy to study harder and harder. Now I'm trying my best to make it come true. Sure, I have enough confidence to realize my dream.

My second dream is becoming an excellent doctor. I always dream that I could turn a doctor like Bai Qiuen, so that I could cure a lot of patients, help them get rid of sick devil, let them lead a healthy and happy life, and finally I will feel happy, too.

My third dream is that all the people together with the surroundings can live in perfect harmony. There are no quarrellings, no cheatings, and no wars in the world. We should be kind to each other, love each other and care each other. All the people in the world could get along as well as a big family with each other. I dream that we could enjoy absolute peace and freedom.

These are my dreams. How I wish that they could come true soon!

Ladies and Gentlemen: My topic is Honesty.

As a correspondent of the Qingdao Morning News, I visited Dr. James Gilman, the President of the International Committee for Marco Polo Studies in England. In this picture, this is James, and this is me and we are looking at a dragon’s tooth. This is a true story.

65 years ago, James lived in Qingdao. Then he was only 5 years old. He often visited the Aquarium and was fascinated by a creature on display there, which he thought was a dragon. He was afraid of its sharp teeth and wanted one to keep as a treasure.

In the late 1930s, when the Japanese occupied Qingdao, his family had to leave. On his last day in Qingdao, he ran to the Aquarium and pulled out one of the teeth from the dragon’s mouth.

He kept the tooth for the next 65 years, but the feeling of guilt at having stolen it was there in the background all through his life. It was always on his conscience, and the feeling intensified as he became older. Finally he decided to put right his childish error. In 2002, he visited Qingdao and returned it to the Aquarium with his sincere apologies. He received a warm welcome.

When James visited Qingdao, I accompanied him all the time and reported on his visit. I was deeply touched by his honesty. It has taught me a lot. I think to err is human. The important thing is to have the courage to admit and correct one’s error.

Honesty is a vital quality of human behaviour. So we should try to keep an honest mind in everything we say and do. I would like to say to all of my friends: Let’s be honest people of good moral character.